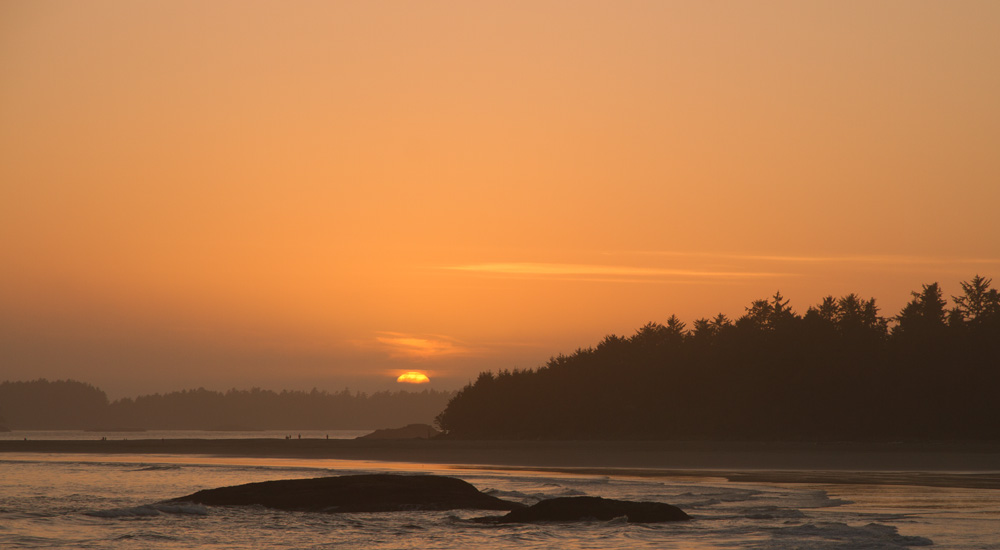 A paddlers introduction to understanding weather

It can seem like weather, especially coastal weather can be quite unpredictable at times. How many times have you looked at a weather report that has called for rain and been surprised by a beautiful sunny day? In fact the weather can be quite predictable as it follows certain patterns. Understanding these patterns and how to decipher what weather forecasts are telling us can make the difference between good and poor decisions making on the water. This article covers how weather works and how to understand and record weather predictions when planning a trip.

As paddlers we are often concerned about three things when it comes to weather.

The beginning. What makes weather.

Wind is the way the earth distributes the sun’s warming energy. Wind moves in predictable patterns creating areas of high and low pressure. These patterns are driven by the earths rotation. Understanding these patterns allow us to make more educated decision about what we can expect the conditions to be when we are on the water. 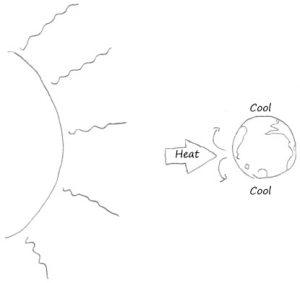 WIND: The sun’s energy heats up areas of the earth that are closer to the sun (equator) more than areas that are further away the (poles). This energy is re-distributed by air particles moving around, this is what we call wind. “Wind is the flow of gases on a large scale. On the surface of the Earth, wind consists of the bulk movement of air.” (source: https://en.wikipedia.org/wiki/Wind) 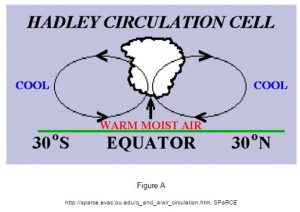 The generalized pattern are called weather cells. The Hadley Cell is at the equator to the 30 degrees latitudes. at these latitudes there is a surface high pressure, creating clear skies, this is where the earths deserts are often located. 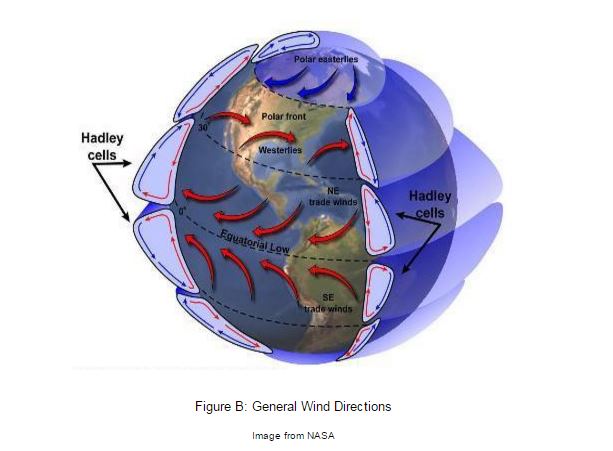 The gaps in between the cells create a narrow band of strong wind in the upper atmosphere called the Jet Stream. The Jet stream blows from west to east steering the direction of storms (areas of low pressure) as they move cross the earth. 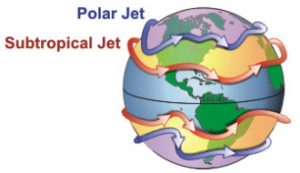 In BC in the summer the Jet stream moves north allowing the California high pressure to settle in around Vancouver Island. In the winter the jet stream is located further south bringing storms from across the Pacific directly toward Vancouver Island. Movement of the jet stream can be much more complicated then this simple description. When people discuss weather patters such as La Nina and El Nino, these refer to storm tracks dictated by patterns in the jet stream. 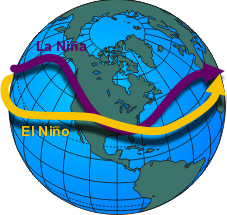 So how do these weather patterns allow us to better understand what’s happening with the weather?

Air movement from high to low pressure allows us to understand wind speed and direction. 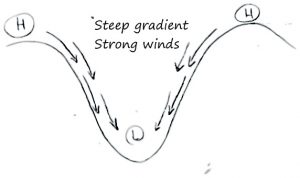 We can think of areas of high and low pressure in the atmosphere as peaks and valleys where air particles creating more weight in the high pressure ridges (like peaks of a mountain) want to move toward and fill in the low pressure troughs (like the valley below). The steeper the difference between these peaks and valleys, the faster the air flow (stronger wind). The steepness in between the highs and lows can be read by isobars on a weather chart. Isobars are lines connecting points of equal atmospheric pressure (Source: https://en.wikipedia.org/wiki/Isobar). Similar to topographic lines on a map. 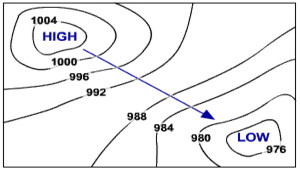 Of course, there are many in betweens and different ways that these patterns manifest.

A great paddlers guide to weather and navigation which helped me develop my understanding of everything explained in this article is Navigation, Sea Sate and Weather. A Paddlers’s Manual. Freedom of the Seas, Volume 1; Michael Pardy, JF Marleau, Andrew Woodford and Piper Harris. Published by: Sea Kayak Instruction and Leadsership Systems Ltd. (SKILS).