History of Surfing in Tofino 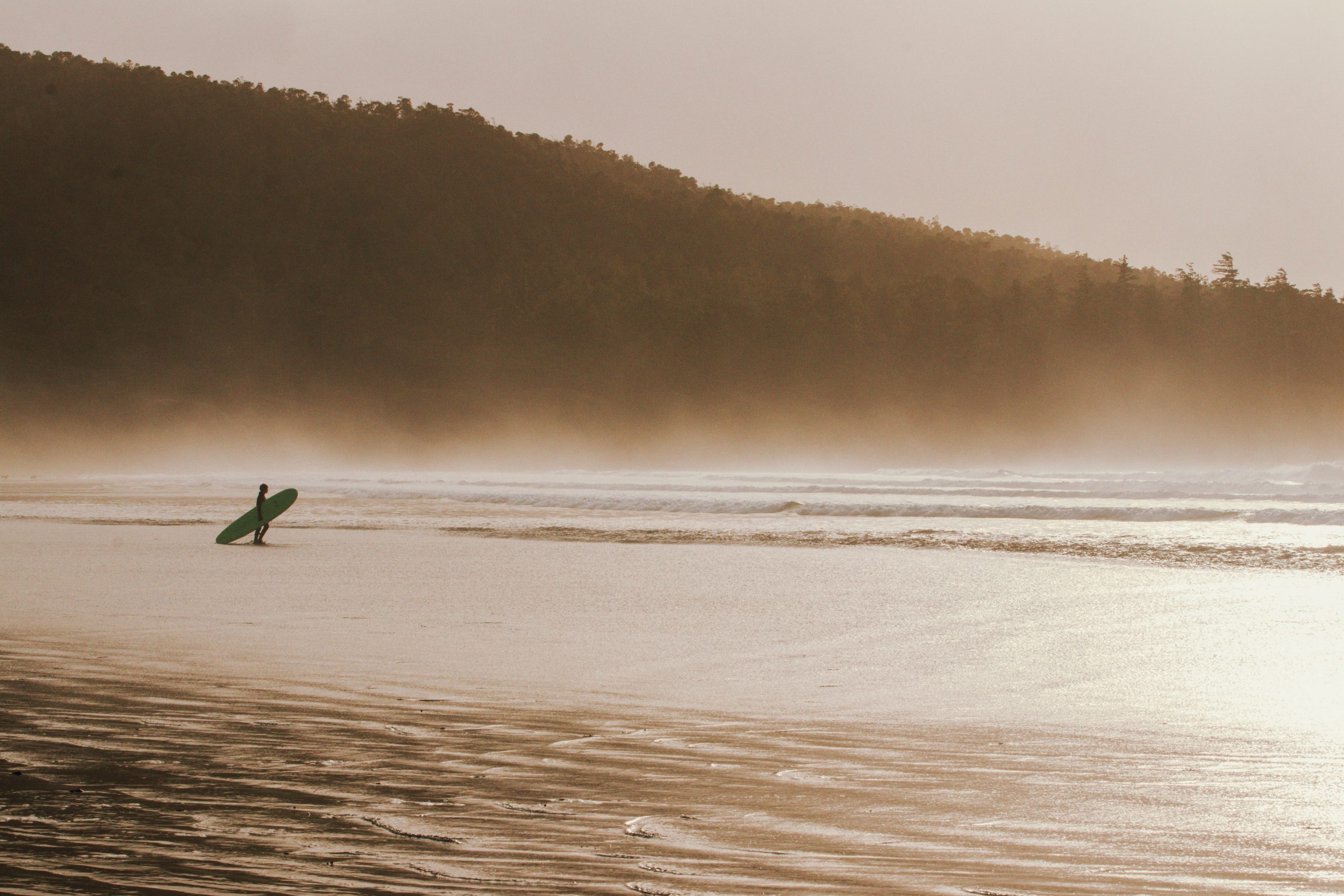 In the early early days, Tofino was a tiny village on Vancouver Island known for its very wet and harsh weather conditions where the local spend most of their time fishing and logging. Now many years later the town is thriving as the self proclaimed ‘Surf Capital of Canada’ and together with other outdoor activities, fishing and boating, it became a true resort town.

When did the surfing start in Tofino?

The first Europeans arrived in the town in early 1960s and started to discover all the beauty Tofino has to offer, but it wasn’t until the mid 80s until surfing started becoming a thing for the people living here.

Since the first surf event organised on one of the beaches in 1988, interest in the sport grew year by year. The first year they had 30 contestants. The next year these numbers were doubled with 100 young people on the beach watching, camping and partying with no permits involved. Therefor the original events got shut down by the municipalities.

But it didn’t stop the exponential growth of the sports in Canada and Tofino, more and more surf shops opened up and local surfers like Sepp Bruhwiler and Pete Devries started getting some good sponsorship as they were showing of the goods in the surf, inspiring many many surfers till this day.

In 2009 O’Neill organised the Cold Water Classic events and chose Tofino as one of the stops. This event led to an even bigger boom of Tofino as it was called ‘The Best Surf Town in North America’ by Outside magazine.

Today Tofino has become a true resort town with over 600 000 visitors every year, knowing that the town only has 2000 year round locals. In 2012 Emre started his first business T’ashii paddle school, organising Paddle tours and outdoor education. This business became SWELL TOFINO in 2019 and can today be called probably the best place to go for Surf/SUP lessons and rentals in Tofino.